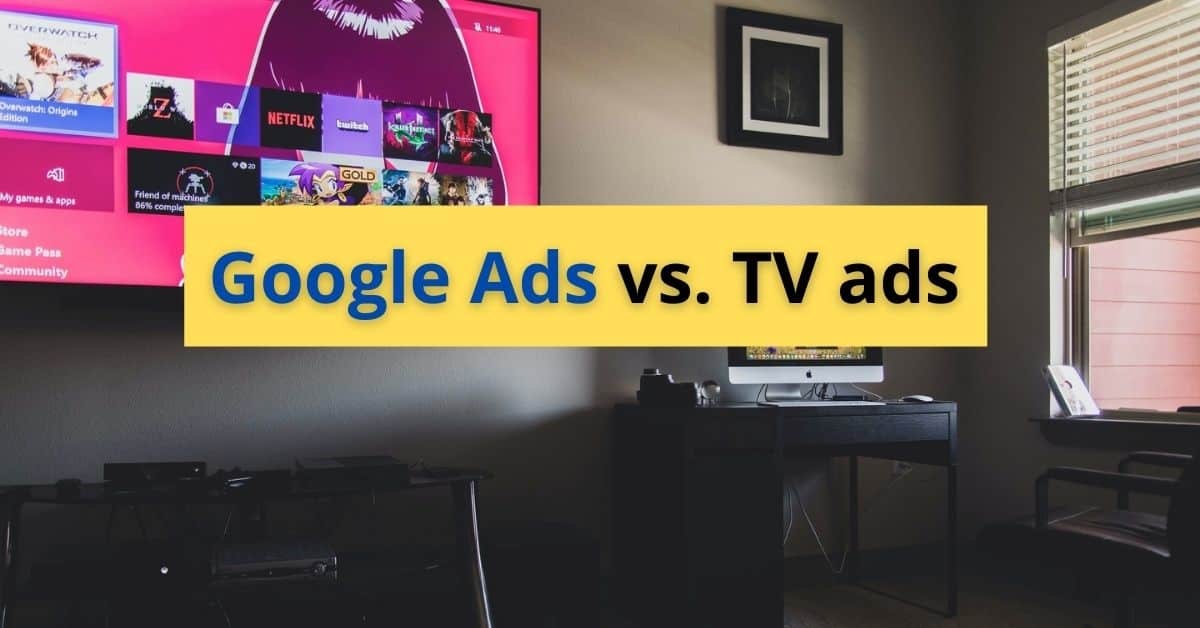 Let’s put it this way. The age of information began with newspapers and radio. Then, came the era of televisions.

Now, we have the internet (especially Google). It’s rather amazing how much influence Google has on the digital domain (and on our lives) these days!

Of course, radio, print media, and television are still highly relevant. But, none of them are as inclusive as the internet is.

The digital domain is literally a platform for everything media-related. All major newspapers must have a digital version. In fact, a lot of news outlets these days don’t even have print versions.

Do you want to plug into the radio on the internet? No problem! There are apps and websites for that. Welcome to podcasts.

To top it all, the line between TV and the internet is fast becoming blurry.

Where does this stand from the perspective of advertisers? The best way to understand it is to compare Google Ads and TV ads.

Evolution of TV in Modern Era

Let’s look at the evolution of TV in the era of the internet. Did you hear about Google Fiber? It’s a facility only available in 19 cities in the US. Google is offering super-fast fiber internet connectivity.

Their package consists of a robust TV segment. It allows viewers to enjoy digital streams right on their television sets. It is highly flexible as you can subscribe or unsubscribe anytime. The company also promotes it as a cheaper option. You don’t have to pay for equipment like cable boxes and other rental costs.

Even if you don’t want or can’t have Google Fiber, there’s YouTube TV. It is a subscription-based TV streaming service on YouTube. It is available anywhere in the USA, streaming live TV from over 85 channels.

The moral of the story is, advertising with Google will also help you reach TV users! It may not be a huge trend, but it carries a lot of potentials.

Marketers label it as the dilemma between traditional and digital formats. Commercials have been around since the infancy of TV.

Back then, it was a major shift from other formats of promotion such as newspapers and radio. Advertisers began creating videos, opening up a whole new experience for viewers. In a few decades, televisions were everywhere!

It’s easy to understand the mass appeal of TV ads. Displaying them on prominent networks helps access millions of people at once. TV ads or sponsorships continue to remain the key driving force of how the media industry works.

However, the advent of digital advertising has been a game-changer. We particularly mean Google Ads because they are the biggest guzzlers of revenue from online advertisements.

The bottom line is, you are nowhere if you are not online. In the last few decades, the internet assumed the same space as once TV did much ago. Now, they co-exist.

Television ads must be in video format. On the other hand, Google Ads allows a broad range of options. This includes:

Both Google Shopping and GDN run image-based ads. Advertisers can promote the same video campaign simultaneously on TV and Google.

Content quality drives viewership, and maximizes the potential of ads. TV media is always professionally produced. A lot of activity behind the scene goes into creating a TV show.

Whereas, anyone with a digital recording device (such as a smartphone) can create YouTube videos. (Welcome to influencer marketing.)

Moreover, creating a search ad or an ad for the GDN requires much less effort than making a video.

YouTube also consists of a huge cache of professional-quality videos. Besides, all major TV channels also have a YouTube presence. Despite the amateurish quality of several YouTube influencers, they still rake up millions of views.

You do the math.

You can run a campaign on Google Ads for less than 100 USD every month. You set up the budget cap and only pay when your ad receives the desired action.

Obviously, TV ads are much more expensive. The TV marketing budget can extend to millions. It includes the cost of creating compelling videos, often with celebrities.

That said, big players on Google may as well allocate millions in their PPC budget.

5. Players of Each Method

Small business owners, and local businesses usually flock to Google Ads. Literally, anyone can run an ad campaign there. On the other hand, TV ads are exclusively for big and middle-level players.

However, not everyone can be visible on Google Ads. They have an auction-based bidding system to decide the visibility.

They also judge the quality of the ads on a host of factors, assigning a quality score from 1 to 10. Advertisers must maintain a high-quality score to have their best shot at visibility.

If you book an ad slot on TV, they will show it, no matter what. There’s no auction.

In TV ads, you target audiences tentatively. Depending on the type of show, you figure out the ideal viewership and use the ad slots accordingly.

In the end, it is a huge wild guess relying on the mass appeal of TV.

Whereas, Google Ads allows you crazy levels of targeting. You can target users based on their gender, age group, and, most importantly, by their search history.

You can go deeper into audience interaction and target them specifically by their keyword queries.

Not only that, you can enlist a set of negative keywords. These are those that will not generate an ad impression. You can also use the keyword matching system to specify the degree of interaction of your ad.

Marketers have very limited options to estimate user data on TV ads. They typically use the Gross Rating Point (GRP) panel data, which is a standard indicator of media delivery in advertising.

You can also gather data from third-party rating services such as Nielsen’s. They collect very basic data from a limited number of TV users who belong to the so-called Nielsen family.

However, it is not standard practice, and the accuracy is often up for debate. Very recently, the Media Rating Council also suspended Nielsen’s national ratings accreditation.

You can integrate Google Analytics with Google Ads to access accurate numbers. Apart from standard information such as the CTR (Click Through Rate) and the CVR (Conversion Rate), you can tap into various other metrics defining your audience.

The data is always at your fingertips whether you want to target or re-target.

Who reaches more people, Google Ads or TV ads? It depends. The main issue is that TV ads are not accurately measurable. Besides, people often change channels when ads are shown. Even then, it is still a highly popular way to reach millions, if not billions, of viewers.

Google and YouTube also register user activity on the scale of billions on a daily basis. All of this data is measurable, so it is easier to calculate the performance of your ad on the digital domain.

Google Ads, for the most part, targets active user intent. The keywords on the search query indicate the position of the user in the sales funnel.

By targeting keywords that actively display the intent to buy, advertisers can reach people who are more likely to make a sale.

The Google Display Network, however, harnesses passive intent. It shows ads on websites that the user clicks from organic search results to get more information on a query.

You get the idea.

Marketing specialists rely on different factors to decide where to run their campaigns. In general, you will have to allocate a significant budget for TV commercials.

Google Ads is open to just anyone, from local players to big corporations. Google has, by and large, a level playing field, and offers a host of analytical features.

Besides, seeing ads on a big screen may have more impact than seeing them on computers or mobiles. Also, a lot of people still rely on the traditional impact of TV.

If you choose Google ads as your main marketing platform, I can help you manage your Google ads account. Just contact me now… 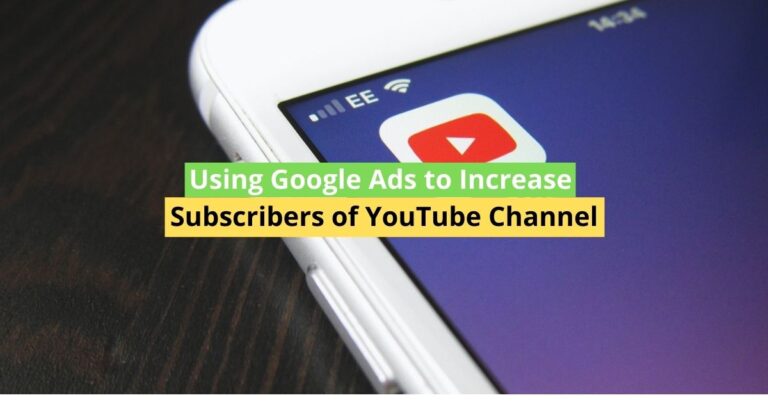 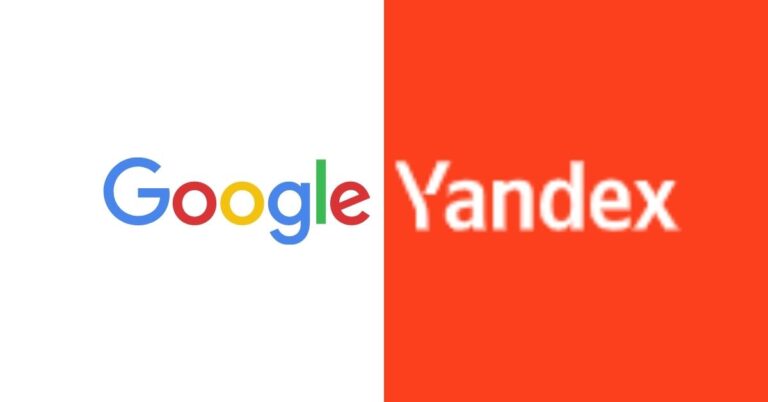 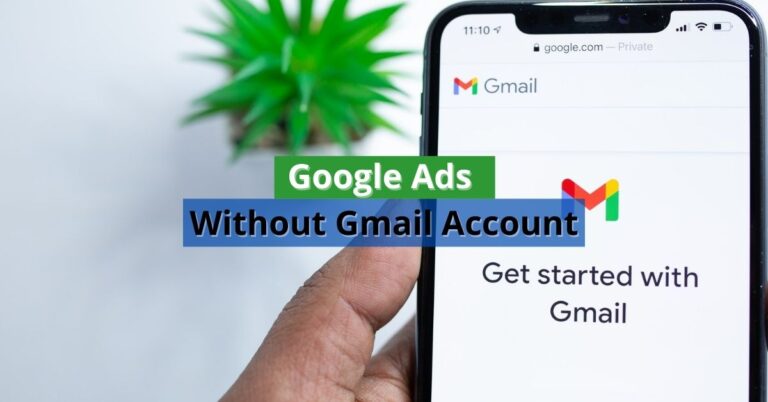 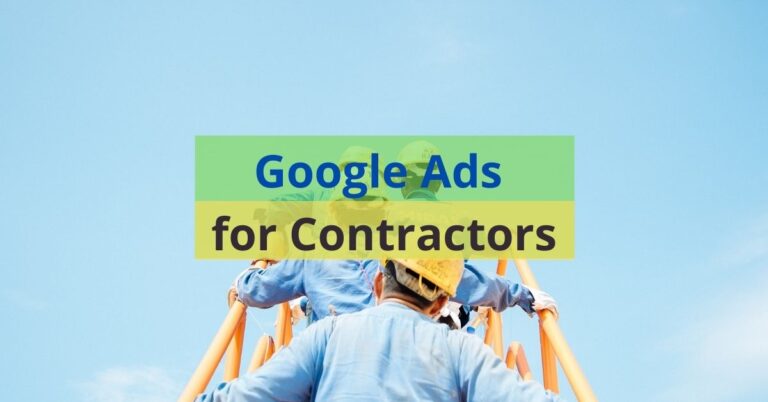 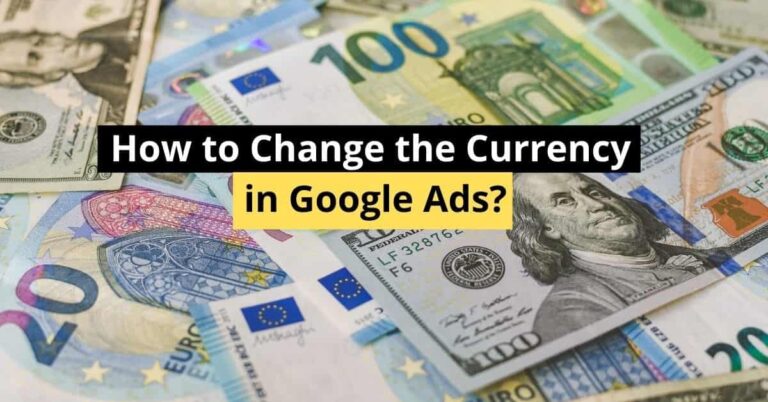 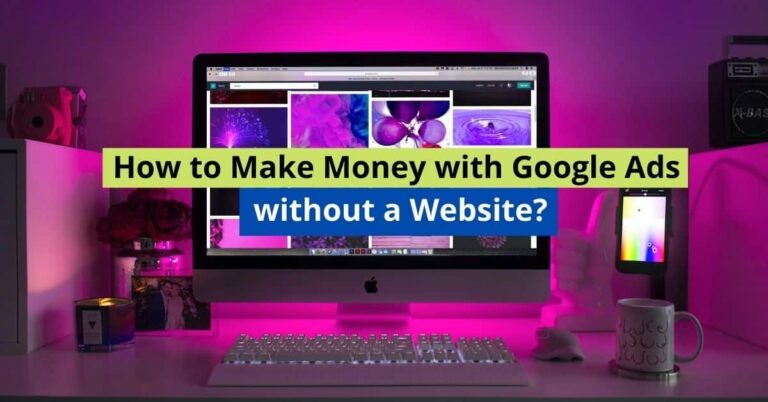